Is your medical office covered in the event of a data breach?

A data breach is loss, theft or even publication of personal information.

Medical offices are for healing and care.  Trust and confidentiality is a major part of the practice. Don’t let a medical records data breach put your patients at risk.  According to a the Verizon data Breach Investigations Report of 2013, “66% of data breaches investigated were not discovered for months or years after.”  We know your patients personal information is too precious to take this chance.

Data Breaches occur when information is lost or stolen.

Is your office at risk for a medical records data breach? 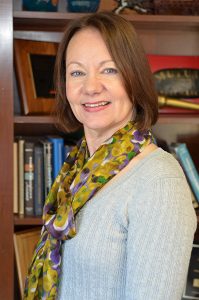 Peggy Marshall is ready to speak with you about data breach coverage and tips  for securing your business.

Now is a great time to do some spring cleaning.  Winter seems to have left us finally!

Pretty soon we will be enjoying those summer time backyard BBQs!

How does your yard look? Have you noticed any broken branches on your trees? Now is a good time to have this taken care of.

Calm spring weather allows for tree clean up that is essential for a happy summer. 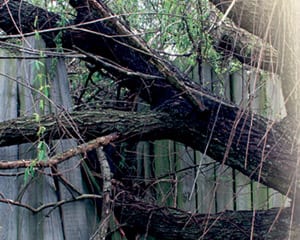 A thunderstorm approaches the pioneer valley.  The local news station tells you to make sure your yard is clear of any loose furniture because of gusty winds.  You don’t notice anything that needs to be brought in.  The rain starts and slowly the wind picks up. A few hours later you are jolted awake by a loud crash!  What was that??

The next morning you look out the window and see that your neighbors car has been crushed by a branch.  The problem is the branch was from a tree on your property…  What now? Are you covered?

Many homeowners realize too late that they did not have the coverage for this type of situation.  The sad news is, unhealthy trees or damaged trees, if left unattended, can cause major damage that is not always covered.

Before it gets that far consider having your property assessed by a professional.

Also if you have questions about your coverage, don’t hesitate to call your local insurance agent.

Do you own rental property?  What can you do to protect your property?

Keep a digital inventory of your property.

Don’t let this happen to you… 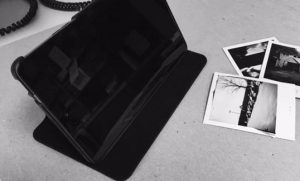 You rent out an apartment to a family.  Before they move in you update everything. New wood floors, new refrigerator ,new dryer… everything.  A year or two go by and you have to make a repair on the kitchen sink.  Suddenly you realize the
oven that you installed is gone and an older one is in its place.  You mention it to them and they say.. are you sure??  You insist that this is not the oven you installed they say, of course it is…

Do you have proof??  Scenarios like this show why you would do well to make sure you have a digital inventory of the property and valuable goods.  Pictures should have a date stamp which shouldn’t be hard with modern cameras and even your smartphone.  Also the condition of the property should be noted. This can prevent theft and future liability issues.

Please be sure to let us know of your inventory as well.

Whenever contracts are concerned remember this;

OSHA is encouraging all who work in construction to think safe!  They are launching a campaign for June 2-6 called National Safety Stand Down.

Why?  Their goal is to raise awareness for personal safety, more specifically fall prevention.  Knowledge is power, the goal is to keep people informed and reduce injury and fatalities caused by falls.

After all safe workers are usually the best workers…

What is Safety Stand-Down?  An Employer organized, brief, meeting for employers to have with their employees.  Employers are to discuss Fall Hazards and prevention.

Safety Stand Down is something employers can do at their leisure.  Osha is encouraging employers to “Stand Down” during the week of June 2-6, 2014

The following are a few links that can assist you and your employees.

Tips for a successful Stand-Down 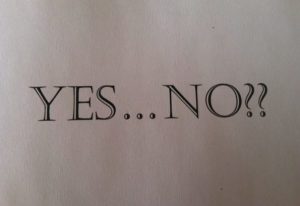 Have you heard about terrorism insurance?

There has been a lot of chatter about terrorism coverage since the Boston Marathon disaster.  Upwards of 400 businesses employing over 7,000 people in the area of the blast were affected with an economic impact upwards of 300 million dollars.  Will your business insurance pay for these claims?  That is a good question.  My quick answer is to contact your insurance agent/company.  Do not assume that you don’t have coverage, always call.

The 2002 law was enacted after the 9-11 attacks of the Twin towers in New York City.  This law tells when insurance will and will not cover losses for acts of terrorism.  Under the Terrorism Risk Insurance Act of 2002, effective November 26, 2002 (the “Act”), you have a right to purchase insurance coverage for losses arising out of acts of terrorism, as defined in Section 102(1) of the Act:

So, lets break all that down.   All of the following must be met in order for the terrorism act of 2002 exclusion.

Some businesses may not collect insurance if all three of the above are met and they have not elected to purchase terrorism coverage.

How does my business get Terrorism coverage?

Should you elect to purchase certified terrorism coverage, you should know that coverage for losses caused by certified acts of terrorism is partially reimbursed by the United States under a formula established by federal law.  Under this formula, the United States pays 90% of covered terrorism losses exceeding the statutorily established deductible paid by the insurance company for providing the coverage.

I suppose no one is immune from certified acts of terrorism.  It may be a good idea to take another look at your commercial insurance policy and consider purchasing Terrorism coverage.

It is sad to think that we have to even think about discussing this topic!

“Peggy Marshall has been an absolute pleasure to work with in handling our insurance coverage needs!  There were a number of hoops that had to be jumped through for us to satisfy the bank.  I want to thank Peggy and your entire team for their professional excellence and client centered approach to their work; it is truly appreciated and refreshing!!”

We are buying a coastal property and we needed homeowners and flood insurance, everyone was superb in gathering the information we needed, they were terrific!

“Thank you very much for all your help with this…as usual, you made the process quick and easy. You’re the best!!!”

Save with Chase, Clarke, Stewart & Fontana's competitive homeowners insurance programs. Then save even more by combining both your home and personal automobile with our agency!